back in 1991 Shareen moved from sunny Australia to not so sunny Berlin Germany. Some time later Jörg came into her life.  To begin with they had a major language barrier. One of Jörgs first sentences to Shareen in English went something like " your head looks like a pizza" which resulted in severe stomach cramps and lots of tears from laughing so hard.

Since then Shareen has learnt German and yes Jörg´s English has improved immensely :)

This couple were always in a hurry so bought a piece of land in 1992 and built their first house in 1996. By then Matthew was on the way (child number three) So In 1998 they built a bigger house so that each child could have its on room but in 1999 Daniel came along! Not wanting to build again, Shareen & Jörg were banished to the office which became their bedroom for many years.

Now many years down the track, all the birds have left the nest.

Nevertheless, they are now working on the "dream" project.........so stay tuned! 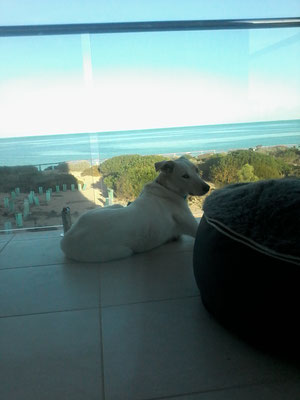